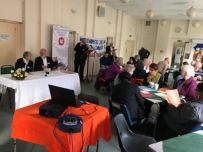 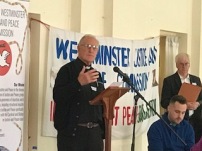 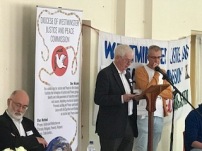 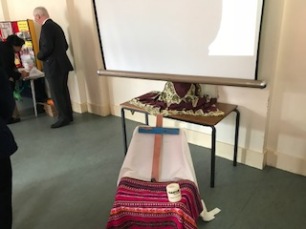 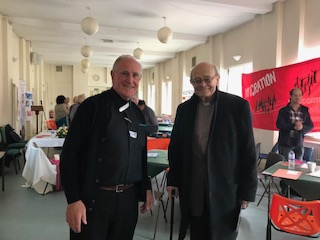 Around 60 people took part in the Westminster Justice and Peace annual day on Human Rights on Saturday October 28th. The Commission had decided that in this uncertain European transition period, it was time to reflect on the state of human rights across the continent, particularly, but not only, with reference to the migrant and refugee phenomenon. The session began with prayers around the Lampedusa Cross, symbol of welcome onto European shores.

Julie Ward MEP for the North West opened with the emphatic statement that the EU was first and foremost a Peace project in its conception, not simply a set of trading agreements. She pointed out in passing that there was not a European refugee crisis, as it is called, but a crisis of solidarity and humanity. Julie came late to politics, only becoming an MEP in 2014 after much campaigning through the arts, on, amongst other things, women’s issues and trafficking. She expressed outrage that no guarantees had been made to EU citizens living abroad whether in the UK or other EU countries. The so-called ‘Henry VIII law would short-circuit discussion and implement government wishes without challenge. The EU is a powerful human rights institution, and while we will remain with the Convention on Human Rights, we will leave the Charter of Fundamental Rights which strengthens many basic rights including those concerning data protection, children, disability, and workplace discrimination. The global achievements of the EU on human rights are not reported back sufficiently in the UK. 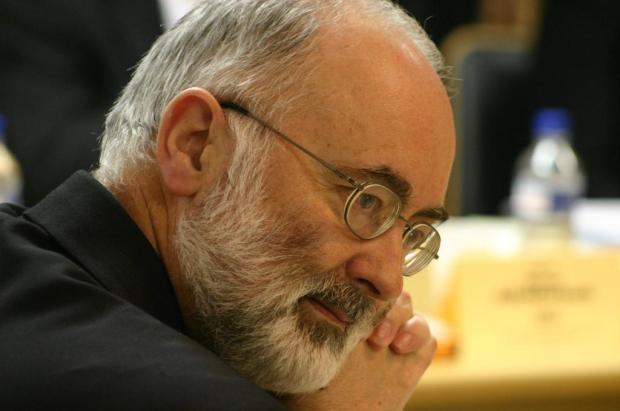 Dr Patrick Riordan SJ, lecturer in philosophy at Heythrop College, gave a scholarly examination of what we mean by rights, which, he explained, are discussed in very different registers. Lawyers talk about rights as principles to be defended legally. Philosophers try to establish whether there are intrinsic rights to being human, such as for water, air, food, while rights can also be claimed by individuals simply because they have a very strong wish for something. As to the question of why we believe in rights, this depends on what we believe to be the origin of human dignity, – which Christians see as deriving from our being made in God’s image. The dignity of the human provides the common language of rights. 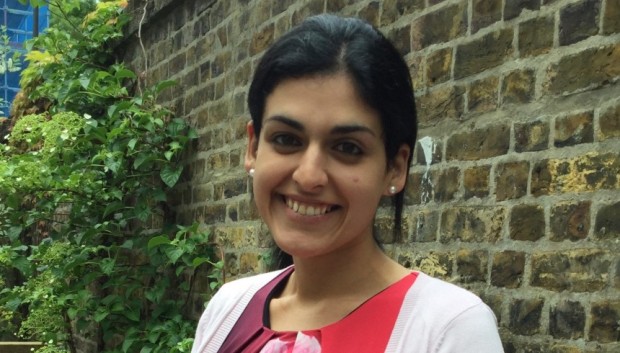 Nicolette Busuttil, of the Jesuit Refugee Service, gave a vivid presentation of the relationship of her work to the rights which for many asylum seekers, are being violated: rights to safety, to work, to have a home, to asylum from persecution and so on. She spoke honestly of how reaching out to refugees can touch us in a very personal way: a man claiming asylum had had to be admitted to hospital for a serious medical procedure, and rang her shortly beforehand, to ask if he could name her as the next-of-kin. He had no-one near to hand when in such a vulnerable situation. Reaching out demands faith and courage, and defending rights becomes a very practical matter. 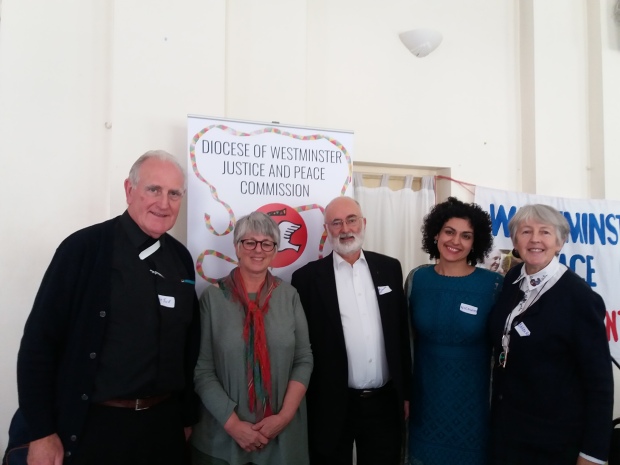 After a delicious lunch provided by St John Vianney parish caterers, participants chose from a variety of workshops on action for human rights by partner agencies: the Apostleship of the Sea, the Catholic Association for Racial Justice, the London Catholic Worker, Safe Passage, London Mining Network, Haringey Migrant Support Network and Taxpayers against Poverty, and Human Rights in a Brazilian community.

My Tweets
Join 1,399 other subscribers

Event moved online owing to rail strikes! Find us on Eventbrite to register
All are welcome to come along to this Mass to mark the beginning of the Season of Creation 2022. Join us!